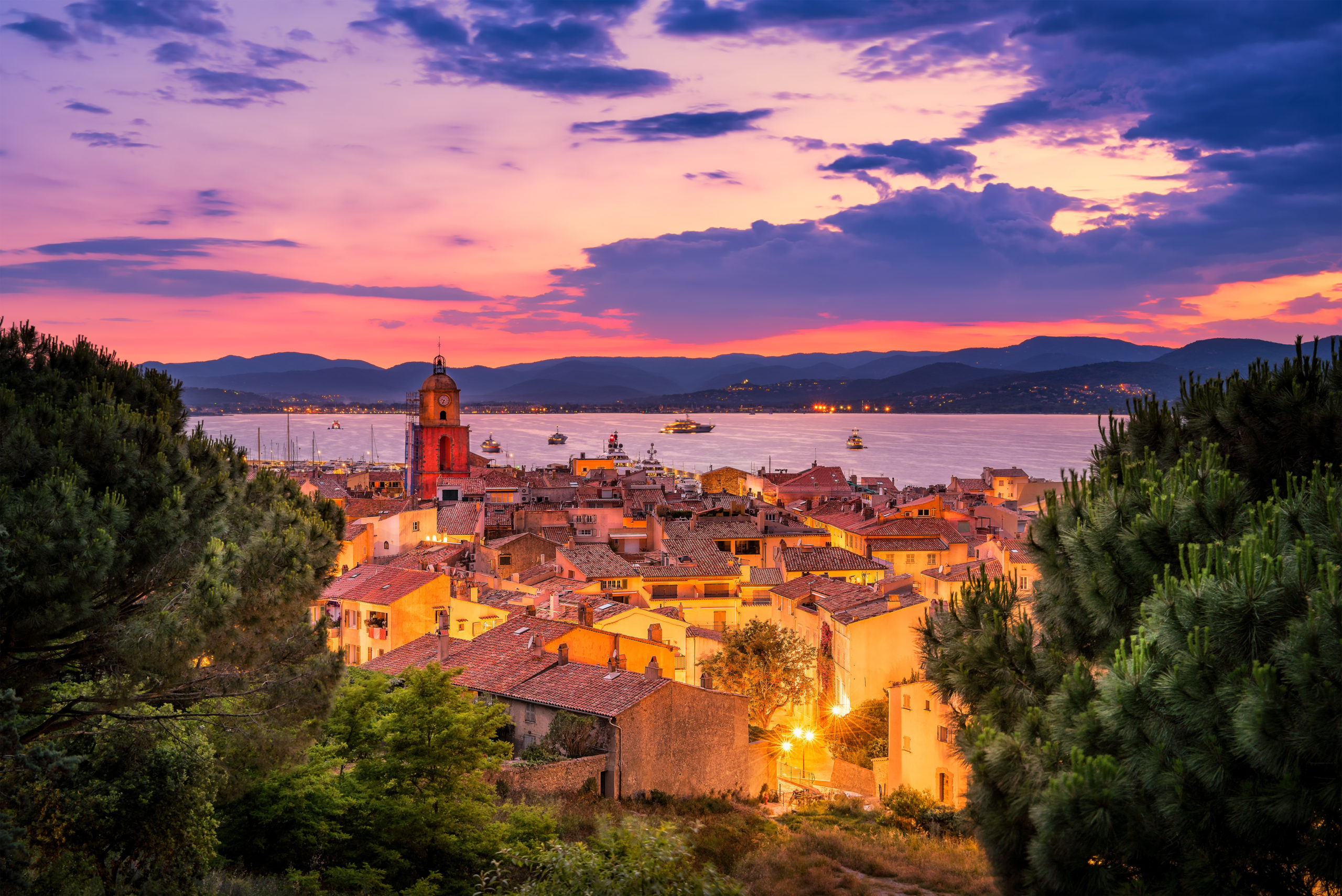 August is over. That cool bracelet you got in Saint-Tropez has been quietly put away in a drawer. Your tan has started to fade under New York’s gray skies. It’s time to buckle down so that when you return to the south of France, it’s on a yacht. I’m here to help. I pulled the top 10 expert call transcripts in August based on engagement (roughly translated: how good is the transcript multiplied by how many people read it) in software, IT services, interactive media, and media & entertainment. I’ve even included a couple of semicon transcripts. All I ask is an invitation to the yacht.

Now is the perfect time to finally try Stream by AlphaSense: sign up for a free trial here.

I covered #6 WDAY and #7 MSFT here. The #2 MSFT transcript is basically 14-pages of compare and contrast between different software tools. Names include GitHub, GitLab, Azure, AWS, Spark, Flint, Kafka streams, ksql, DataBricks, and Pulsar. There are more. It ends in a discussion of log management and the technology vector for stream processing. This analyst must have studied CS in college. Here’s a sample on Spark vs Flint for stream processing.

“You have two major groups. You have those that need to just move data around or ingest data… and the other group and the other usage is more advanced processing… where you have more sophisticated business logic where you need to join streams together, aggregate across some key and then make decisions based on that with statistical analysis or just some rule-based processing. I would include in that processing for machine learning applications.

What we see right now in this space is in that second group, it’s oftentimes going to be Flink or Spark structured streaming. Spark structured streaming is the streaming application. Spark is actually micro batches and Flink is proper event processing, single events. Spark is not exactly stream processing. That’s a major difference there. Flink has better latency because of those differences. Flink is faster, more performant.”

I covered #7  MDB in this TMT Weekly, but #2 MDB is new to me. I’m going to include the analyst questions here. It’s an excellent interview on both sides.

Analyst: Looking back into MongoDB specifically, you mentioned a few times MongoDB trying to become multi-modal. How is it that one database company could be the best or close to the best in every single one of them? Is that possible?

Expert: “I think it’s possible to be best in some categories and pretty good in others. Where MongoDB is still not good is at being a graph database. Neo4j, as far as I know, that is what people use for graph database. MongoDB, it will let you model it super easily to do graph stuff, but it is not performant at all. It’s pretty good now at doing relational things, if not the best. We can say it’s number one document. It can be maybe somewhere between three or four in relational and maybe towards the bottom of the list in graph.

The thing that I’ll say is, let’s take a company like MongoDB, a company that is building a database and is running their own cloud service for it. I think companies like that have an opportunity to become somewhere in the top three in many of those categories of the multi-model because they’re focusing all their R&D on just that.

Whereas your big cloud providers that have tons of products might not care to because that might not be where they’re getting the most margins. Whereas if a company is purely a database company, that is their blood to make all that better.”

Analyst: How did MongoDB become the most successful database company in many ways? What did they do better than other competitors that allowed them to get to where they are today?

Expert: “I don’t think there’s an absolute answer to it. My take on it is, one, the most important thing that MongoDB did right was timing. The database was made at a time when commodity hardware was getting easier to run databases on compared to mainframes or whatever, cloud stuff was starting to come into existence at that time.

Once they got enough interest and investment, then actually doubling down on securing the database and making it performant and all that. I think that’s what it came down to. I think if it was released five years earlier, probably wouldn’t have the same success story. Even if it was released later, probably the same thing. A database like Couchbase could have possibly beat it. I think they just captured the hearts of developers really quickly and really capitalized on that.”

I covered #1 GOOGL #10 META here, and #3 META and #4 GOOGL here. Let’s take a look at #2 GOOGL just based on the alarming title. “Query growth slowing” is to GOOGL as “telomere length shortening” is to humans. Existential. This interview is highly informative, it’s basically a primer on GOOGL search revenue.

How a mature business like search has continued to grow:

Analyst: I’m trying to understand what drives the annual growth of the search business and how it’ll continue to grow going forward? Search at this point, it seems like a pretty mature product, and yet it still delivers very high growth every year.

It’s pretty classic: the volume, value conversation. Volume, meaning search terms, are growing, or at least the number of commercial queries are growing. About 15% of queries that Google sees on a daily basis are new queries never seen before. There’s increasing number of people turning to search for commercial opportunities. Search is becoming more important in people’s lives.

The second one then is value. Value is still a combination of two different things, one of which is the number of advertisers who are bidding in each auction. The second bit, the sales teams working very hard on getting new companies into different auctions.

What Google is now saying to advertisers is that through using machine learning, you can essentially put in a profit target you want to drive through Google accounts or your Google ad revenue, or your ad channel. The system will bid up and down to try and find the right users to drive that profit margin for you.

What that means is that in theory, if you’re head of finance, you want to drive as many clicks as possible that are still profitable up to the margin that you want to achieve. Therefore, you would open up your budget to allow for every single click to go in. That’s not what’s been the path traditionally. Money’s been allocated to Google and once it’s spent, it’s spent but they’re potentially leaving loads of valuable clicks on the table, buying on that demand because of budget constraints or because they’re not bidding effectively. What machine learning promises to do is to find every single possible user, every single click at a profit margin, or return on advertising spend that is acceptable to your business.

…even though growth in search volume will decline:

I think it’s safe to say that you won’t see the year-on-year growth of search on google.com platform that you have seen historically, especially if you’re focusing on the traditional areas that Google have made money, so U.S., Europe. What you have seen is a huge increase in search in Asia. Increasingly as more people come online and as people have more commercial intent online, then search volumes have gone up significantly in Asia.

Increasingly now younger generations have multiple different locations in which they search or spend time. I think it will be a very big struggle for Google to commercialize the next generation, as well as it has this boomer millennial generation which grew up on Google and which Google was the first point to go to the Internet. I think the people with the amount of choice of big platforms will use those more widespread than what my generation people in the 30s, 40s, 50s have.

–Google – Head of Digital Experiences (Prior)

Our social media manager / former emo band frontman Edward Carrette dove into the crowd of transcripts on SPOT in an excellent and very funny post here. I covered #10 CHTR last week, but I’m mostly going to leave CHTR alone until I have a fully developed view of fixed wireless.

“Netflix, for example, which is the best one, they have now a problem of trend. At the beginning, they were offering very bold titles, and now as they are following a bit too much the datas, they are not very bold anymore. By following the trends and the trends, you are losing the big hits, you’re losing the originality, the uniqueness. I think it’s important that they keep working with top A talent in order to get that.

Amazon does not have a very clear content line, editorial line. They are using a lot of best sellers in order to grow and in order to [support] their originals. They’re not creating great hits. Apple is doing a great job creating with great talent… the great challenge of Apple is much more how you can watch Apple TV, how to make it more accessible for the viewers and the users.

HBO is losing the authenticity of their brand. Before, HBO was very signature, very high-end content, high-end series. With Max and the fact that they want to be a little bit for everyone and much more broad, they diluted a lot the brand uniqueness. Before, HBO was a synonym of quality, and it’s not anymore.”

I covered ASML in this post but the INTC call is new to me. I love semicon, one of our best inventions of all time. The interview covers a lot of ground.

The INTC transition from 10nm to 7nm:

“Intel made some design choices that made it harder for them to continue to innovate shrinking the process dimensions. As a result of that, the remediation process that is basically being applied is taking longer to recover, [For example]… the shift to XUV, X-ray lithography. [Competitors] made the transition earlier.”

“There’s still no other company in the world that can design and manufacture together under one umbrella. When time-to-market and customer demand are the key attribute in the microelectronics space, Intel is distinctly in an advantageous position.”

“The electrons are not any different in Asia than the U.S. Whatever recovery that needs to happen from a XUV standpoint, it’s a linearly defined problem. The recovery plan is fairly straightforward now.”

“AMD is able to actually achieve better performance. They rely on TSMC. TSMC is ahead because they chose the XUV route. One of the advantages that AMD gets by relying on TSMC is their foundry partner, is they have access to better process technology. Intel is innovating and trying to make their current process work and catch up with the future process nodes as well so they can close the gap.”

From there, this transcript goes into one of my favorite forms of analyst-engineer interaction: the analyst provides financial data points (ie, data center chip sales figures), and the engineer explains the technological differences driving the numbers. It’s a beautiful thing, and you can experience it free for 14 days.