How TikTok decentralized the music industry 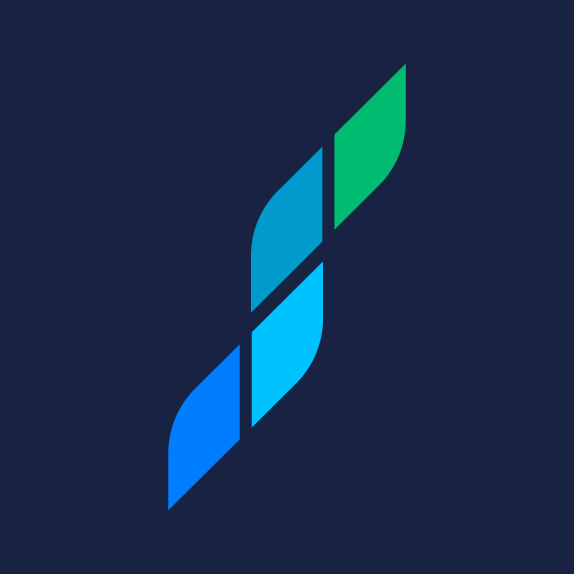 TikTok took the world by storm at the start of the pandemic in spring 2020, experiencing a nearly unbelievable 1157% increase in its global user base between January 2018 and July 2020. The app now has more than 1 billion users around the world and has radically democratized social media content creation and the ability to monetize it. It has led to the explosion of short-form video content and left social media giants like Snapchat, Instagram, and YouTube playing catch-up as they alter their platforms to meet this trend.

In this interview, a former social media exec with experience working for TIDAL, Snapchat, and Instagram gives their take on the implications of TikTok’s wide-reaching impacts and what they mean for creators, platforms, and individual users.

One of things that has really set the stage for TikTok’s emergence is a change in the way users view promotional content in general. Younger users especially are savvier than ever at recognizing promotional content for what it is and less patient about its messaging. They don’t want big-name brands or celebrities to simply tell them what to buy and expect them to do it. They want authentic ad experiences that align with their preferences, values, and needs.

Success at this strategy comes from building a following first, then creating promotional content that naturally aligns with the creator’s audience. It’s why digital-native influencers — those who are building their celebrity solely through social media — are in many cases doing this way more successfully than even the most recognizable brands. It’s also why those brands are now seeking partnerships with influencers (even those with more niche followings) at an increasing rate.

“[Creators] who have exclusively built their followings [and] revenue through social platforms . . . they’ve already created channels or vehicles to make money from the time before they were even popular. They’re thinking about how they create the podcast and monetize the audience. They’re learning how to go live and get tips live from fans. They’re already thinking about how they’re going on Twitch and growing a following and a means to maybe monetize that in the future . . . their fans are already ready to support them financially, whereas your traditional fan of athletes, musicians, etc., are used to the more traditional models of support. They’re used to going to the game to see LeBron. They’re not used to paying him the dollar in any other way. They’re used to going to the concert to see Ariana Grande. They’re not supporting her Patreon account. I think people are more conditioned to supporting these creators through digital channels in just different ways.”

The data backs up this idea, showing that micro influencers (those with 10,000-50,000 followers) have a 60% higher engagement rate and 20% higher conversion rate than their macro influencer counterparts.

What it means for monetization

Fueled by TikTok’s success, more and more creators are successfully producing content and building followings based on their everyday lives and niche products, expertise, or interests. Across social media platforms, this has created a shift in the way content is monetized, with creators pursuing more direct-to-consumer methods rather than relying on the platform to act as middleman.

“I’m seeing the industry trending towards payment and gifting, and giving people the opportunity to sponsor the creator that they like. I’m seeing that becoming what creators want more of. They don’t want to have to go through a middleman. They don’t want to have to upload a video to get 10,000 views, to tell everyone to subscribe to them, so that they’ll get the views so that YouTube will cut them a check. Because it scales quickly, they would much rather be able to tell people to send them money right now and then they get that cash in their bank account or in their wallet or whatever through the platform. That’s the preference that creators have.”

TikTok has powered the rise of the everyday influencer and their ability to monetize by creating a new reason to browse social media unique from traditional platforms, where users interact with networks of people that, for the most part, they also know in real life.

“TikTok has been called a media outlet first and foremost because it’s more about watching people you don’t know, which I think is a big thing that we didn’t talk about. You don’t go onto TikTok to watch your friends’ content. You go to it to watch trends and laugh. You go onto Instagram to watch people who you follow but maybe who you aspire to be like, like celebrities that you follow, friends that you want to see their vacation pictures. You go to Snapchat to engage with your close, core group of friends . . . these platforms are almost more aligned with your social group following than they are the type of content that [you prefer].”

It’s easy to see how TikTok’s alignment with content preferences versus individual social groups fosters the ability for creators to become influencers and, ultimately, make money from their content. Users who support creators financially have established that they like the content and are willing to pay for more of it — without the complication of personal relationships.

How TikTok has altered the music industry

This expert’s experience at TIDAL gave them unique insight into how TikTok’s impacts have extended into the traditional music industry in a significant way. On TikTok, creators who resonate with audiences are able to build followings quite quickly and fairly easily. This has become a key indicator for traditional record labels about the potential of aspiring artists. On the flip side, creators no longer have to depend on radio stations and record labels to provide viable distribution channels.

“The big change that we’re talking about now is that music is a little bit decentralized, and the traditional gatekeepers that were able to break songs and release songs, or I would say debut songs to the public, they are getting less important now. In the past, it was radio stations [that] were your key plug, and then even before you hit the radio stations, it was record labels who had to find the act, sign the act. They had the distribution channel. They had the physical retail stores that they could distribute music and then also a record store, and then they had radio plugs as well. Nowadays, you can release a song online and then upload a TikTok of it or upload some content of it. People can find it and stream it without any third-party intervening.

Labels, they’re almost requiring that tracks have TikTok minimums and social media followings before they even consider signing an act, which didn’t exist years ago. You were able to come in as a nobody and then they would help you build. Nowadays, it’s required that you have not even an understanding, but also an established fan base or at least a buzz online.

I think they are using social media as almost an A&R tool. Instead of having a person who’s thinking about what act to sign and they’re trying to use their ear for what songs are good, and their marketing brain for how they could pitch or position this artist as the next Selena Gomez, they’re able to quickly look at social media and see how people are engaging with fans. That trial period or that period of trying to figure out who they are is over . . . Now they have a social media presence that you have to look at and factor in if they’ve purchased bots or something like that, or how people are engaging with them, and what market they’re hot in . . . it is a little bit easier for them to know if their investment is going to be worth it because they know that there’s going to be a baseline. Now they just have to bake all of that into the strategies as well.”

Alongside the benefits that social media and streaming platforms offer creators and labels, however, are new sets of challenges. Thanks to easy content creation and distribution, the music market is becoming increasingly saturated. Users have access to more artists, songs, and listening options than ever before. Getting heard initially may not be that hard, but getting listeners to engage by saving your song and listening again, adding it to a playlist, sharing it with friends — these are more difficult.

As this expert put it, music now has a buyer journey attached to it that’s new for the industry.

“You’re thinking about playlists from an audience standpoint, almost like how an influencer builds an audience. A playlist has an audience type. Your music needs to align with the audience of that playlist for it to be relevant for them to listen. That’s completely different than the way that people thought about it before.”

In the past, you’re thinking of a playlist like a radio station. You are saying, ‘This radio station or this playlist amasses X amount of streamers per day or per month. If I am on that playlist, I will also be generating that many listens as well,’ period. That works on a radio station where there’s no follow-up action after listening to the song. You are driving. You hear the song. The artist gets paid for radio spins or the label gets paid, I guess it’s net radio spins. They announce, ‘This is an Ariana Grande song,’ and the team has done their job basically. Maybe they’ll do a press run where they get to talk to the radio station and give a little interview. Now on a streaming service, your music gets put on the playlist and you get one initial listen from the first time, so I’m going to listen to down, up, down, up, down. What they want to do is they need to like that song and be interested in it and then add it to their own personal playlist or they will go to the artist profile and heart the artist.

There’s an entire user journey associated with a song now . . . The song needs to be so good that someone is hearing it, liking it, adding it to a playlist, and then streaming it 18 more times outside of the context of that first look, whereas radio didn’t care about that in the past. It was just a play and then it’s over. The one play had a larger audience.

Streaming services have changed the economics of music now. . . . Whereas in the past, you had the radio stations and then you would have to physically buy records. Now, the average person listens to more artists . . . Now the importance of any one artist goes down because there’s more people and there’s more artists now that you follow and listen to. You don’t even know their name because you put them on a playlist where, 10, 15 years ago, you listened to them on the radio and then you bought their record in person, and then you watched them on tour.”

This, then, is where an artist’s social media following and ability to engage with their audience becomes absolutely essential. And while this expert agrees, they still see it as an uphill battle for even aspiring artists who do secure record label support.

“The importance of an artist’s social following and audience-building skills goes up, but each individual artist actually incrementally goes down, sadly. It makes it very tough.”