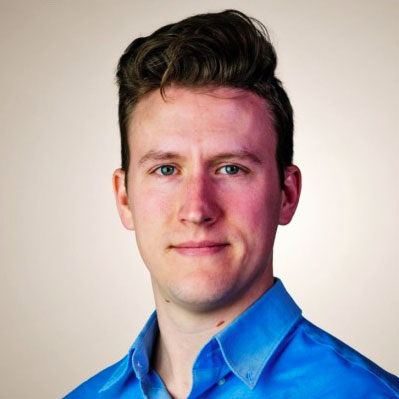 Apple is a legendary hardware company. 113 million people in the US have an iPhone in their pocket, and that number is more than one billion worldwide. In fact, I am willing to bet you are reading this on a MacBook or iPhone right now. Apple has created one of the most popular and resilient consumer brands, but now this powerhouse is turning its eyes towards the payments industry.

With Tap to Pay, Apple has added the ability to turn the iPhone into its own payments system. And for those who are perhaps squeamish about using a phone to pay, Apple launched its own physical credit card in 2019 (which doesn’t have the most amazing cashback offers but it’s metal and heavy so I signed-up anyways).

So what is the end goal, Apple Bank? JP Morgan & Cook? What impact might this have on other payments companies? Well frankly, we don’t know yet. But to better understand the possibilities of Apple’s foray into the payment space, we scoured the transcripts at Stream by AlphaSense, which you can access for free for 14 days here.

Digital payments were boosted in the U.S. and we’re not going back (so please don’t ask me to send you a check.)

“I think it’s going to be what everybody would tell you right now. It’s not new news but the pandemic accelerated digital adoption. I mean the U.S. was on a very strong digital adoption curve, the features, the functionalities, the fintechs, the neobanks, we were marching down this path. The pandemic spurred an acceleration that I think we all knew. We all declared. People weren’t going to revert back. Nobody said, “Wow, I really missed writing checks. I really miss going to the banking center.” People just don’t say that.”

Apple has a Serious Advantage in a Digitized Environment

“I think the big thing is with Apple, they’re going to get more into the financial space, whether it’s with Apple Pay and the buy now, pay later scheme, however, they want to put that together and have the digital wallet as you mentioned. I think one advantage they’ll have is that more people would trust a company, trust being a flexible word here, but trust maybe a company like Apple with this information being stored on their devices.

Apple has over the years always done a drumbeat on the security message as well about their phones and phones being secure and everything else. I think that gives them a leg up because they have had that message about their phones. They’re asking you to put all of your life’s information on the phone. Your license, your vaccine card, your banking information, everything, so you want to be sure they’re secure.”

“What Apple is really good at is creating easy. I buy things because I see Apple Pay and check out [and say] ‘okay, let me just go ahead and do it,’ as opposed to not having that one click checkout option where I’m like, ‘I don’t really feel like going and finding a card right now.’ Apple does easy, and these paths that they’re on are all things that point to additional easy use cases. I think they’re going to be highly successful at it.”

“I think that open banking has opened up those three spaces to make it a much more competitive landscape. When you do that, it makes it so that companies like Apple and Google that own entire platforms, our smartphone platform, the payment platform, and everything, it’s just setting them out for success. I do think that Apple is going to take control of the payments space and potentially the personal banking space over the next five to ten years. If I had to say who’s going to be the biggest player in the payment space in five to ten years I would think that it would be Apple and potentially Google.”

So Apple certainly has some advantages for creating a payments platform, but will it really replace your bank? This is where the experts differ.

According to the prior Head of Samsung Pay UK, Apple doesn’t want to handle the money but is willing to create the ecosystem and leverage partners

“Apple is building an entire financial services ecosystem on, I think, the Apple Wallet without necessarily taking any risk in terms of having the consumer’s money. A lot of what Apple does, they do through strategic partnerships as well or through other enablers, that’s quite a smart work. I suppose that’s what Apple’s core business model is, they take a margin for everything and they leverage their partner’s capabilities.

They don’t take the risk in that type of model, but because they have the scale on a global basis, that works very effectively for them… For them to do it, there’s regulatory, audit, balance sheet implications for thatIt’s quite a big decision, and then of course there’s a risk implication. I’m assuming that the models are now so well finessed on buy now, pay later models that they’re comfortable with the risk.”

“I think they’ve been at this [financial services] for going on 10 years now. I think they’ve actually been very consistent. I don’t think you’re going to see that change. They’re going to stay on the course of utility and that’s what their brand represents, is the ability to do things with your phone in a way you can’t do it anywhere else. I don’t think you’re going to see them in the near term go into, “We’re going to become a bank.” I think it’s inconsistent and they’re going to continue to be consistent. There is another one whichI don’t see them going down that path. Why would they invite regulators under their space when they’re finding a way to solve for things in other ways.”

According to the former Vice President Head of Samsung Pay, Apple may eventually replace the networks owned by Visa and Mastercard

“Now with just Tap to Pay, they’re going to corner the merchant footprint as well. For Visa, Mastercard, in the short term, that is going to be great news because it will drive up the volume of traffic through the Visa and Mastercard switching network. In the very long-term, someone in Apple is going to say, “Hey, we already got both the cardholder as well as merchant footprint. Why do we have to send all those payment volumes to Visa and Mastercard to do the switching? Can’t we do it ourselves?

If they decide to set up their own switching network, which is where a huge chunk of the money is. That’s where I think Apple is going to go for it once they cornered both the cardholder and the merchant footprint. That’s going to take a long time, but once they come to the stage of it coming up to that decision and when they make that, that’s where I think Visa and Mastercard will feel a huge threat of getting marginalized by technology companies like Apple.”

Whatever Apple decides to do, it is clear that its persistent moves into the payments industry is something that has the potential to greatly disrupt the payments and personal banking space.

Stay tuned for future blog posts on this topic with the latest updates here at Stream!

Get Instant Access to Thousands of Expert Call Transcripts

With Stream by AlphaSense, you have access to an expansive library of transcripts and one-on-one calls with former executives, customers, competitors, and channel participants across a range of industries. Over 17,000 total transcripts, and adding 1,800+ per month. Sign up for your free trial today!